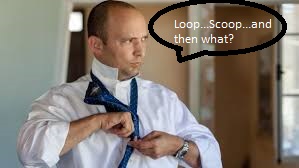 With the past weeks being a lead up to Trumpmania, we could have expected domestic politics to be calm. However there was no shortage of coalition drama as cracks continue to emerge among the partners.

Totally precise and not arbitrary election date: February 20, 2018 (Here’s a fun scenario that could push off elections. Trump makes a proposal for negotiations, Bibi accepts, Bennett pulls out of the coalition and Labor and/or Yesh Atid joins. Labor would join because they have no interest in elections while they are so weak, Yesh Atid would join to appear as leaders.)